Probiotics and Your Mood: Did you know your gut is connected to your brain? 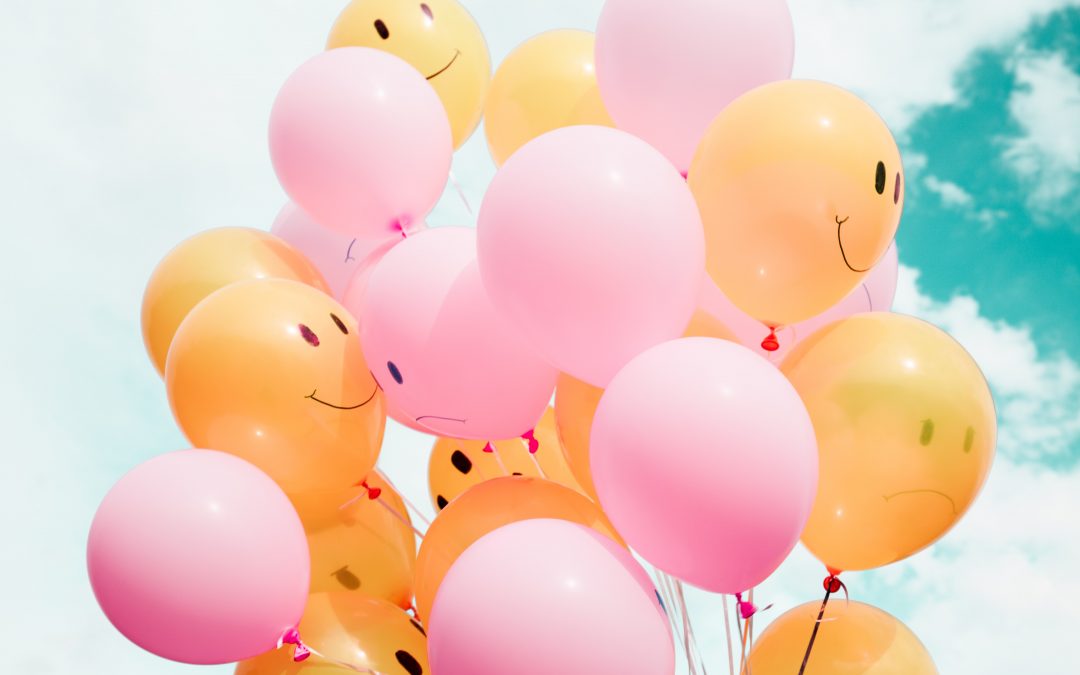 Your mood is a short-term mindset or feeling. It’s known to be temporary because it’s always in a state of flux, meaning many different internal and external variables have the ability to change it. For instance, it can be influenced tremendously by diet, activity levels, quality of sleep, weather patterns, interactions with people, hormones changes, and even stress. Although humans are a unique species in that we have the ability to express our mood, feelings, and emotions in such a specific way, it isn’t always good to have them constantly fluctuating. Most people would agree that having a stable, positive mood is more enticing than any other state. The question is, what sort of control do we have over our daily mood?

It’s well-understood that our diet has a profound effect on the health of our microbiome. Research has discovered a link between the microbiome and our brain functioning. From how we adapt to stress or react to changes in our day, our microbiome can either make or break us depending on how we fuel it. This discovery has led to numerous studies determined to thoroughly understand this connection and how we can influence it for the better. Here, we identify the role of probiotics as a way to improve our gut-brain axis, to influence our mood and overall brain functioning.

The Science Behind the Gut-Brain Axis

Both small and large changes to our microbiome environment are tied to the changes in both our peripheral and central nervous system activity, signifying a connection between our gut to our brain. This intimate connection explains how diet modifications can influence our mood, emotions, and even behaviour. This relationship exists through chemicals, such as hormones and neurotransmitters, that transfer information bi-directionally between the gut and the brain. The top four ways this occurs is through neurologic, endocrine, metabolic, and immune pathways (1).

The nervous system, consisting of the brain and spinal cord (generally speaking), is a complex system that transfers sensory and motor/movement information from our bodies to our brains and brains to our bodies, respectively. The vagus nerve, which is activated during times of rest, is the primary neural pathway connecting our brain to our gut. It belongs to our parasympathetic nervous system which is associated with conserving our body’s energy, allowing us to digest our food during stress-free times (i.e. not during a 5km sprint).

In addition, the neurologic pathways stimulate the production of various important neurotransmitters involved in our mood regulation. Some of these include gamma-aminobutyric acid (GABA), melatonin, acetylcholine, and serotonin.

GABA: an inhibiting molecule of the nervous system that creates a “calming effect”. This can help reduce feelings of fear, stress, and anxiety.

Melatonin: a well-known hormone that plays a role in our sleep-wake cycles. It’s in its highest quantities during night time to help put us to sleep.

Serotonin: a key hormone that works throughout our bodies in the efforts to stabilize our mood and feelings, while helping to support our sleeping and digestion. Interestingly, the gut provides approximately 95% of our body’s total serotonin. Elevated quantities of plasma serotonin are seen in children with autism.

The endocrine system is one that functions to send chemical messages throughout our bodies in the form of hormones, to regulate distant target organs. Our gut microbiota produces various chemical messengers in the form of neurotransmitter precursors. They’re transported to our brains via the endocrine system to help regulate the amount of a specific neurotransmitter being produced.

Metabolism is the ongoing activity of various different life-sustaining reactions that take place throughout our bodies over our lifetime. The three purposes of metabolism include:

Bacterial byproducts, such as short-chain fatty acids (SCFAs), are strong metabolic influencers. Created by the gut, these SCFAs connect our gut to our brain through interactions with nerve cells of the sympathetic nervous system, otherwise known as our “fight-or-flight” system. They’re able to cross the blood-brain barrier to regulate microglia homeostasis, which is required for proper brain development and behaviour regulation.

The immune system is a complex system of cells that work to rid our body of illness and infection. One of the key mechanisms in doing so is to cause inflammation which helps stimulate a local immune response to the area. Our microbiome can influence this inflammatory response through the release of cytokines, one of the key signalling proteins in our immunity.

However, because our gut can initiate this immune response, certain problems can arise. For example, irritable bowel syndrome (IBS) can occur when an abnormal microbiota population activates an immune response causing increased digestive tract permeability, an activated gut pain sensory pathway, and dysregulation of the digestive nervous system (also known as the enteric nervous system). Ultimately, this disruption affects the gut-brain axis.

The various pathways that stimulate our gut-brain axis can modulate our emotions, stress levels, and even behaviour. So what can we do to improve this relationship and support our health? This brings into the conversation the role of probiotics.

Probiotics are beneficial bacteria that influence our health by diversifying our microbiome environment. They’re naturally occurring fermented food and drink products such as yogurt, kefir, kombucha, sauerkraut, olives, apple cider vinegar, soy milk, etc. As a good bacteria, they favour the maintenance of a healthy intestinal microbiota through various mechanisms, such as preventing pathogen entry, adhesion, and colonization in the gut (2).

Probiotics have numerous mechanisms of activity, most of which are not fully understood by researchers today. However, those that are better understood include short-chain fatty acid production, lowering the gut pH to a less acidic environment, and immunomodulation to improve the body’s response to pathogens (3).

– Help to balance the good bacteria in your body

– Prevention and treatment of diarrhea

– Protective role against some allergies and eczema

As a disclaimer, those suffering from SIBO, also known as small intestinal bacterial overgrowth, should avoid or limit probiotics in their diet due to the risk of exacerbating their current symptoms. There is no research-based evidence to conclude any positive effect probiotics have regarding SIBO.

How Probiotics Influence Your Mood

It’s been hypothesized that the modulation of our microbiome environment through daily probiotic supplementation may help to boost mood and cognitive functioning.

The pathways described earlier that provide bi-directional communication from the gut to the brain are substantially improved by having a diverse microbiome environment. For instance, our neural and endocrine pathways that encourage neurotransmitter release in the brain, such as with GABA or serotonin, are further accentuated by certain probiotic species. Supporting evidence has shown the beneficial effect Lactobacillus and Bifidobacterium strains have on increasing the concentration of these neurotransmitters (5).

One study shows a significant improvement in mood observed in those given probiotic supplements when compared to those given only a placebo. More specifically, there was seen to be a reduction in depressive mood states, anger, and overall fatigue. Lastly, participants receiving the active probiotic supplements improved their sleep quality. This is a key finding as sleep has been seen to strongly associated with mood (6).

This is all easily understood in a population of healthy people; however, that may not always be the case.

Depression is a debilitating disorder affecting approximately 8% of Canadians at some point in their lifetime. In most cases, people suffering from depression experience a spectrum of symptoms including heightened anxiety, cognitive difficulties, and mood disturbances (7).

As mentioned earlier, serotonin is a key neurotransmitter responsible for our mood, cognition, and memory – only to name a few. The “serotonin hypothesis” is used to describe the diminished activity of serotonin pathways in the body that cause depressive symptoms. Antidepressants are used to combat these symptoms as they work to stabilize serotonin and other neurotransmitters responsible for mood, emotion, and cognition. Unfortunately, they come with a wide range of side effects, some of which include insomnia, fatigue or drowsiness, gain or loss of appetite, and constipation (8).

There may be other options…

Research has linked an exclusive role of probiotics when given to those suffering from depression. These findings concluded that daily consumption of probiotic supplements has a positive effect on improving mood, levels of anxiety, and cognition. The way this occurs is by increasing our body’s serotonin availability as well as decreasing gut inflammatory markers – both of which help reduce depressive symptoms (9).

Emphasizing the gut-brain pathways through means of probiotic supplementation can improve our nutrient availability and overall microbiome diversity. In doing so, it’s possible that it can help stabilize our mood through various chemical processes. Even more important, those suffering from depressive symptoms can look towards probiotic supplementation as a potential method in emotional regulation. Consider the various sources of probiotics today in order to take back control of your mood!