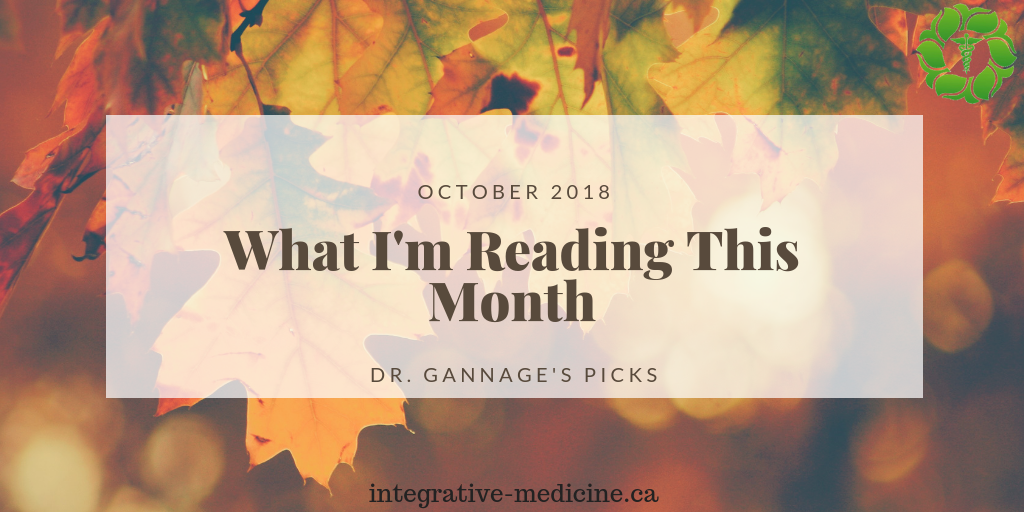 Is Glyphosate Bioaccumulative? Does the Most Used Herbicide Stay In Our Bodies?

You’ve heard me say that there is no safe level of lead in the human body, an accepted truism in the scientific community now but not in past decades. It appears to be the same for glyphosate, the most commonly used herbicide in the world, contaminating our food and water. Developed by Monsanto, which was recently purchased by Bayer, a multinational pharmaceutical company, it is branded as RoundUp.

What else do lead and glyphosate have in common? 1. Transfer to developing fetuses 2. Bioaccumulation throughout tissues 3. Prolonged residence in bone. 4. Like tobacco, artificial sweeteners, PFAS, etc – cover up of scientific evidence of harm so that bottom lines of corporations are protected while human health is not. 5. Paid scientists arguing in favour of industry.

Want to know more about glyphosate? Read about it here.

Another win for Omega 3 fish oil supplementation. “The overall findings revealed modest anxiolytic effects of omega-3 PUFAs in individuals with various neuropsychiatric or major physical illnesses. Although participants and diagnoses were heterogeneous, the main finding of this meta-analysis was that omega-3 PUFAs were associated with significant reduction in anxiety symptoms compared with controls.”

“Brain membranes contain a high proportion of omega-3 PUFAs and their derivatives and most animal and human studies suggest that a lack of omega-3 PUFAs in the brain might induce various behavioral and neuropsychiatric disorders, including anxiety-related behaviors. Emerging evidence suggests that omega-3 PUFAs interfere with and possibly control several neurobiological processes, such as neurotransmitter systems, neuroplasticity, and inflammation, which is postulated to be the mechanism underlying anxiety and depression.”

Personally I tried a vegetarian diet about 15 years ago, and felt awful. I gave it a good run. At the time I didn’t realize I was gluten sensitive, in a big way, and therefore abandoned it due to headaches, brain fog and fatigue. With my recently purchased Instant Pot and a keen interest in taking care of the health of the planet and myself as best I can, I will fully embrace the “flexitarian diet”, without gluten. And will definitely keep some digestive enzymes handy through the adaptation.

“The researchers found a global shift to a ‘flexitarian’ diet was needed to keep climate change even under 2C, let alone 1.5C. This flexitarian diet means the average world citizen needs to eat 75% less beef, 90% less pork and half the number of eggs, while tripling consumption of beans and pulses and quadrupling nuts and seeds. This would halve emissions from livestock and better management of manure would enable further cuts.”

Makes sense to me … another way to manage this very common condition using diet as therapy. After all, in a simplistic way, it is predominantly a nutritional problem.

We Add It To Drinking Water For Our Teeth- But Is Fluoride Hurting Us?

“The Canada study found that adults who are iodine deficient and have higher levels of fluoride in their system have a greater risk of an underactive thyroid. The Mexico study found mothers with higher fluoride exposure during pregnancy were more likely to have children with symptoms of ADHD.”

It’s not just the diabetes and obesity risk (or the migraines and the digestive disturbance). “The association between sugar and artificially sweetened drink intake and risk for stroke or dementia was evaluated in the Framingham Heart Study Offspring cohort. After adjusting for multiple confounders, both recent intake and cumulative intake of artificially sweetened drinks were associated with significantly greater risks for ischemic stroke and dementia.” Aspartame and related compounds are neurotoxic, excitotoxic and their metabolites in the gut affect the microbiome.

Ban them. Or as consumers steer clear. It’s no wonder artificial sweeteners are associated with a host of health problems, likely through manipulation of the microbiome. Including diabetes and obesity ironically enough.

“We believe children born by C-section have a different bacterial flora than that passed on to vaginally delivered children and that the flora may impact the risk of developing food allergies.”