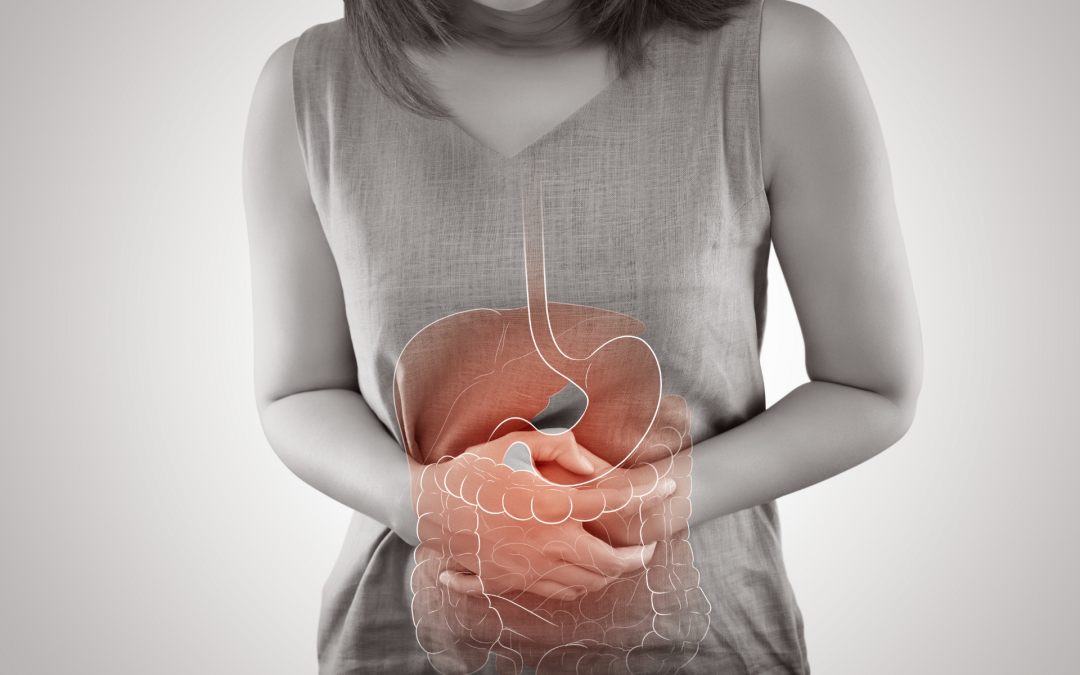 SIBO, a common root cause of digestive problems and IBS, occurs when there is an overgrowth of bacteria in the small intestine (the majority of our gut bacteria should be in the large intestine).

SIBO can occur for a number of different reasons, and it is important to look at the whole picture when determining how to treat SIBO, beyond simply killing the bacteria. For many people, insufficient stomach acid production is a part of this picture, and a key to understanding why the overgrowth has occurred in the first place.

The low FODMAP diet is a crucial part of most SIBO treatment plans, and it has been shown to be effective when it comes to starving the bacteria in the small intestine, and improving symptoms including bloating, diarrhea, constipation, and gas. However, a low FODMAP diet alone, or in combination with antibiotic treatment, is not generally enough to solve a SIBO problem for good.

Many people who are working to overcome SIBO hit a wall– either symptoms begin to improve but do not continue to, symptoms improve but then come back, or in some cases, symptoms do not seem to improve at all.

Often, this is because of a treatment approach that is exclusively focused on getting rid of the bacterial overgrowth, without taking into consideration the reasons why the overgrowth has occurred.

While there are many different factors that may contribute to the development of SIBO, it’s important to remember that as a general rule, SIBO occurs because of a problem with the digestive system and the environment in the gut. If our digestive system was working just as it should, and everything was balanced and healthy in the gut, bacteria would not be able to overgrow and thrive in the small intestine.

If underlying causes are not addressed, the problem is likely to continue or reoccur.

Role of Stomach Acid in Digestive Function and SIBO

Healthy stomach acid production is a key component of digestive health, but is often overlooked.

Interestingly, many people believe they are producing too much stomach acid when in fact the opposite may be true. Insufficient stomach acid (HCl) production is a common underlying cause of a number of digestive problems including SIBO and IBS.

Stomach acid is, essentially, our first line of defense against infection and bacterial overgrowth.

Insufficient stomach acid allows bacteria to sneak past the stomach to the small intestine, where it does not belong. And, if you are producing insufficient HCl, food is being digested less than it should be before it enters the intestinal tract. This means more for the bacteria to feed off of.

If you are struggling to heal from SIBO, low stomach acid production may be partly to blame. And even if you do feel better with a low FODMAP diet and after antibiotic treatment, addressing low stomach acid may be necessary in order to prevent SIBO from reoccurring.

Note that HCl insufficiency is far from being the only possible underlying cause of SIBO (others can include insufficient digestive enzymes, inflammation, or dysbiosis), but it is often a factor.

A number of factors can contribute to insufficient HCl production. Some of the possible causes and risk factors include:

How to Address Low Stomach Acid

If you are suffering from, or believe you may be suffering from, SIBO that does not seem to respond to treatment, you may want to discuss the possibility of HCl insufficiency with your practitioner.

HCl supplements at mealtime may be recommended, in order to assist with digestion.

It is also a good idea to look at underlying nutritional deficiencies, which may be contributing to both low stomach acid production and SIBO. Nutrients that are required for HCl production include zinc, iodine, and potassium, among others.

Other possible causes of HCl insufficiency, including chronic stress and use of certain medications, should be investigated as well.