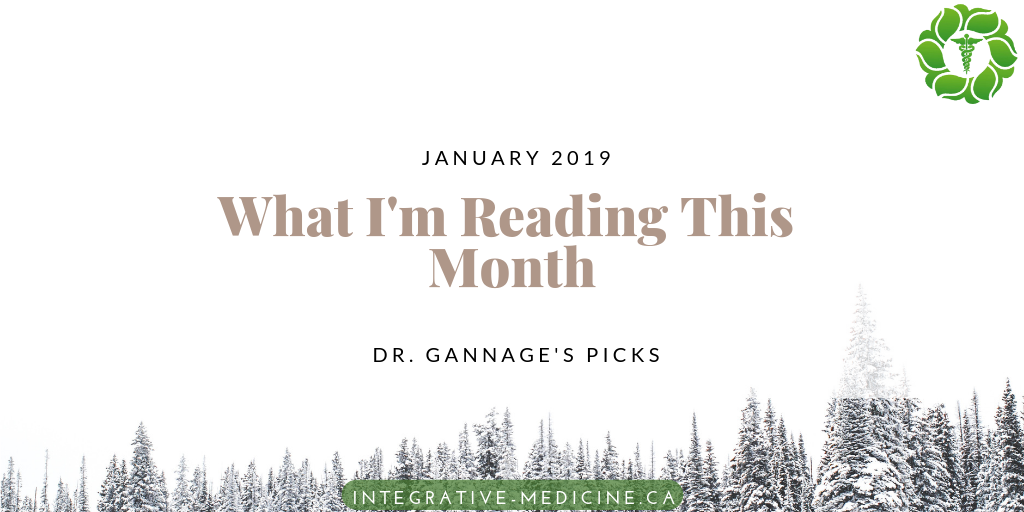 The Uterus Plays A Role In Memory, Study Finds

A Uterus-Brain connection? You bet there is, at least according to a recent animal study. “The uterus communicates with the brain.” Ladies, you may be right about what happens to your memory and thoughts after a hysterectomy. Organs have roles beyond what standard medicine perceives them to be. What’s next? A Brain – Gall bladder axis? Brain – Appendix? Brain -Tonsils? Each of these organs/tissues and their surgeries for removal need to be carefully considered prior to any operation, especially in terms of other measures not yet tried to potentially save them. Because removal is definitive and final.

One In Four Antibiotic Prescriptions Are Medically Unnecessary, Study Finds

“They found that in 23 percent of the cases, the drugs were not medically justified. Most of the inappropriate antibiotics were given to patients for viral and other conditions that don’t respond to antibiotics, such as colds, chest infections and cough.”

New Research On How Yoga Boosts Your Immune System

Research into yoga practice has shown that it reduces inflammation. Other studies show benefit for mental health, including depression.

Why Al Gore Thinks There’s Still Hope For The Planet

A must read .. a sunnier look (once the smog clears) at the gloomy climate change and air pollution issues.

Interviewer: “I’ve been thinking about it in terms of lead. We now see all of these interesting consequences of the lead pollution in the mid-century. Every year there’s more stuff about criminality and mental illness. And it sort of seems a similar thing with air pollution. It’ll affect anybody with respiratory illness — okay. But there are also all of these more surprising effects — on schizophrenia, on autism. It almost seems like there’s nothing you might worry about that it doesn’t impact negatively.”

Gore: “And lead is the other pervasive, long-lasting pollution besides CO2. And the difference is, it can’t really be removed. Are we going to acquiesce in creating a reality where, from now until the end of time, we have to warn pregnant women and women of childbearing years that they can’t eat fish? And that they have to really be scared to eat fish? Really? Are we gonna create that permanent reality for all future generations? Apparently, we’re on track to do that.

We have taken some steps, but the biggest single source is burning coal, and so it’s yet another horror linked with this dirty fuel source.”

One Cardiologist’s Mission To Reduce Statin Use For Cholesterol

“Two decades ago, the National Institutes of Health cholesterol guidelines mandated that changing diet should be tried for three months as the first step in treating high cholesterol, before putting anyone on drugs. But today, many of my peers expressed skepticism that a food-based solution could work.

It took more than 80,000 hours of training for me to become a cardiologist. How much of that time was spent on nutrition? Zero.

Treatment guidelines, representing the standard of care, only pay lip service to nutrition. For example, the American Heart Association’s latest cholesterol management guideline is 120 pages long. How much of that is devoted to diet? One paragraph.

In addition, physicians know only the prescription model. They are taught that the only truly valid proof of efficacy is a clinical trial and that everything else is conjecture. That’s why pharma rules, even though the literature is full of data about the health benefits of various foods. Food does not have ‘dosing data.’

… Given that it takes only a month of dietary change to determine whether you’re a food responder, doesn’t it make sense to give people the chance to at least try a validated food intervention before assigning them to a lifetime of pills? Especially since food doesn’t have any side effects, just side benefits such as lower blood pressure, better blood sugar control, weight loss and feeling better.”

Food is the comprehensive solution to a complex problem. And it just might put me — and pharmaceutical companies — out of business.”

The World’s Most Popular Coffee Species Are Going Extinct

Hello, world. Wake up and smell the coffee… while we still can. #ClimateChange #Deforestation

A Gut-Brain Link For Parkinson’s Gets A Closer Look

Fascinating to think about the interface between neurology and gastroenterology …

“The intestine contains so many nerves that it’s sometimes called the body’s second brain. And the vagus nerve offers a direct connection between those nerves in the gut and the brain.”

“When the mice were raised germ free — meaning their insides had no microorganisms — they showed no signs of Parkinson’s. However, when gut microbes from people diagnosed with Parkinson’s were transplanted into the germ-free mice, the mice developed symptoms of the disease — symptoms that were much more severe than those in mice transplanted with microbes from healthy people.”

1) Travel of a toxic compound along the vagus nerve, from gut to brain.

2) The protein involved becomes toxic, before it accumulates in the brain, by virtue of pesticide exposure.

3) The pesticide exposure is at low level (a key principle that underlies my calls for banning them, promoting organic food, and figuring out methods to limit their impact).

4) the interaction of the pesticide with a dietary component, called lectins – restricted therapeutically in some functional medicine diets for addressing autoimmunity and reducing inflammation for example – which together cause the toxic protein to form before it travels up the vagus nerve.

“This series of experiments demonstrates how the interplay between two ingested compounds can conspire to create and then transport toxic protein structures from the gut to the brain.”

A precursor to the neurologic symptoms of Parkinson’s is often digestive problems, including constipation.

A source of exposure few know about. And how to reduce risk from old lead-glazed bathtubs. Remembering that in children there is no safe level of lead.

“IN THE KNOW/Check your tub….

Use a home kit to test for the presence of lead (available in the paint section of most hardware stores) or call an expert to test it for you.

If your tub has lead, you can have it professionally refinished. Be aware that the finish can wear off over time and re-expose the lead.

Most advise replacing the tub. [Note: I’ve discovered that there are also custom fitters that will install a plastic resin tub over the old one. Very pricey though.]

If children must use an older tub, place a large plastic bin or container in the tub and fill the container, instead of the tub, with water.

You can also minimize the risk by taking showers instead of baths.

The lead doesn’t get absorbed through the skin, only through ingestion.”

Looking forward to the documentary MisLEAD: America’s Secret Epidemic, which will be released next year.