What I’m Reading This Month: Long Term Effects of Lead, Sleep & Screen Time, and Gut Bacteria In The Brain 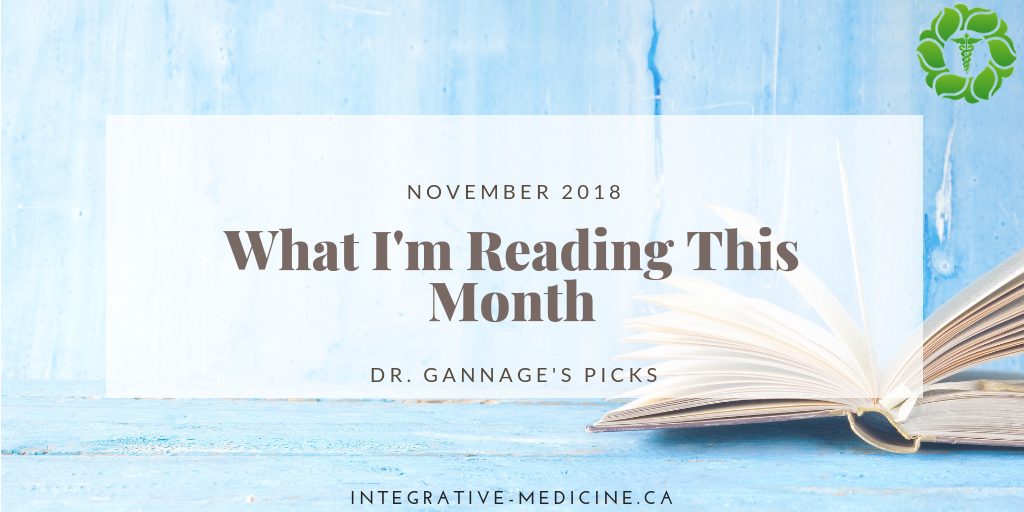 What I’m Reading This Month: Long Term Effects of Lead, Sleep & Screen Time, and Gut Bacteria In The Brain

Do Gut Bacteria Make A Second Home In Our Brains?

When I did my first public lecture on Functional Medicine in the 1990’s, titled “Getting to the Root of It”, it was centred upon dysbiosis, gut permeability, inflammation, the downside of antibiotics and the clinical application of probiotics. Since then there’s been a relative explosion of research studying the microbiome, and more available lab testing to personalize care. While the deeper understanding of gut-brain connections was predictable, and I’m satisfied to see the concept of bacterial translocation out of the gut gaining traction, I never would have anticipated this.

Almost 90% of us experience a traumatic event at some point in our lives, be it an injury from a car accident, an assault, a critical diagnosis in a loved one or ourselves, or bad news of great magnitude. The good news is that most experience post-traumatic “growth”, which isn’t talked about as much as PTSD. Read on to discover the strategies associated with turning trauma into strength.

This is huge .. the way they tested bone lead levels, the simple fact that lead clears blood quickly but not necessarily the body, its effects on young and old, how we’ve become exposed, the emphasis on low-level exposure leading to accumulation, the factors that cause mobilization out of bone where it is stored, and linking lead to the hypertension epidemic in the MAINSTREAM news is bringing the conversation where I’ve always wanted to see it go. And lead affects much more than just blood pressure. The original study is published in a reputable medical journal. Word is getting out! We all know why it has taken so long, right?!

Chemicals On Our Food: When “Safe” May Not Really Be Safe

“While no one is expected to drop dead from eating a bowl of cereal containing pesticide residues, repeated low level exposures to trace amounts of pesticides in the diet could be contributing to a range of health problems, particularly for children, scientists say.”

Because contaminating the diet of children is totally unacceptable …

Overscheduled and Glued To Screens: Children Are Sleeping Less Than Ever Before

“A study published this September in The Lancet Child & Adolescent Health looked at physical activity, sleep and screen-time data for 4520 children across the United States. Nearly a third of the children didn’t meet any of the recommendations for exercise, sleep duration or screen-time limits. Those that did meet the recommendations on these indicators performed better on a cognition test, after controlling for factors such as household income and parental education.”

The Canadian 24-Hour Movement Guidelines for Children and Youth:

Leading Researchers Call For A Ban On Widely Used Insecticides: Use of Organophosphates Has Lessened, But Risks To Early Brain Development Still Too High

“Public health experts have found there is sufficient evidence that prenatal exposure to widely used insecticides known as organophosphates puts children at risk for neurodevelopmental disorders.

People can come into contact with these chemicals through the food they eat, the water they drink and the air they breathe.

The evidence is clear: Exposure to organophosphates before birth, even at levels currently considered safe, is associated with poorer cognitive, behavioral and social development.”

How Coffee Protects The Brain

“Mother Nature is a much better chemist than we are and Mother Nature is able to make these compounds. If you have a complicated compound, it’s nicer to grow it in a crop, harvest the crop, grind the crop out and extract it than try to make it.”

“For pregnant women or anyone trying to avoid exposure to phthalates, [buy] personal care products that are labeled phthalate-free, eating a healthy, balanced diet and trying to avoid food that has been overly processed and packaged….having a good dust control regimen, as phthalates present in the home, such as those on vinyl shower curtains, can end up in household dust….buying and serving more fresh fruit and vegetables and less processed meat, using alternatives to plastic when possible, and avoiding microwaving food or beverages in plastic when possible.”

Yet Another Reason For Your Kids To Unplug? Health Risks From Cell Phone Radiation

Digital detox … as important as mental detox (through meditation, contemplation, yoga for example) and news fasts (such as shutting off CNN and ignoring news headlines). Nowadays, with the amount of time adults and children spend on their electronic devices, leading to addiction among other effects, be prepared to include digital detox as part of your plan for optimal health. At 8 years and younger, 42% of children have their own tablet device.

“Simple steps, such as not keeping your phone in your pocket and moving it away from your bed at night, can help reduce exposure for both children and adults … Children’s brains develop through the teenage years and may be more affected by cell phone use. Parents should consider reducing the time their children use cell phones and encourage them to turn the devices off at night.”

Fighting For Her Life (video)

Another toxic heavy metal to be reckoned with?

Twenty-million patients each year in the U.S. undergo an MRI or MRA scan where they are injected with gadolinium-based contrast agents (”GBCA”).

In most of these patients, the injected GBCA (ie. gadolinium) is expelled by the body shortly after the scan. This is accomplished through normal urination.

However, recent studies have shown many patients are unable to expel the GBCA (gadolinium), and instead retain toxic levels of gadolinium in their brain, bones and organ tissue, causing a wide variety of ongoing symptoms. Thus, it appears “retention toxicity” can be an issue for some patients, as we see with other metals in susceptible individuals.

“We’ve been blessed enough to be able to afford the alternative or the integrative treatments, modalities and medicines that are out there [to treat gadolinium toxicity]. But there are millions of people that don’t have that, because insurance doesn’t pay. We’ve spent well over $1 million dollars, if not more, to save my life.”

Can Organic Food Help You Reduce Your Risk Of Cancer? A New Study Suggests The Answer May Be Yes

” ‘Further research is required to identify which specific factors are responsible for potential protective effects of organic food consumption on cancer risk,’ they wrote Monday in the journal JAMA Internal Medicine.

The researchers have an idea about what factors those may be: pesticides. At least three of them—glyphosate, malathion and diazinon—probably cause cancer, and others may be carcinogenic as well, according to the International Agency for Research on Cancer.”