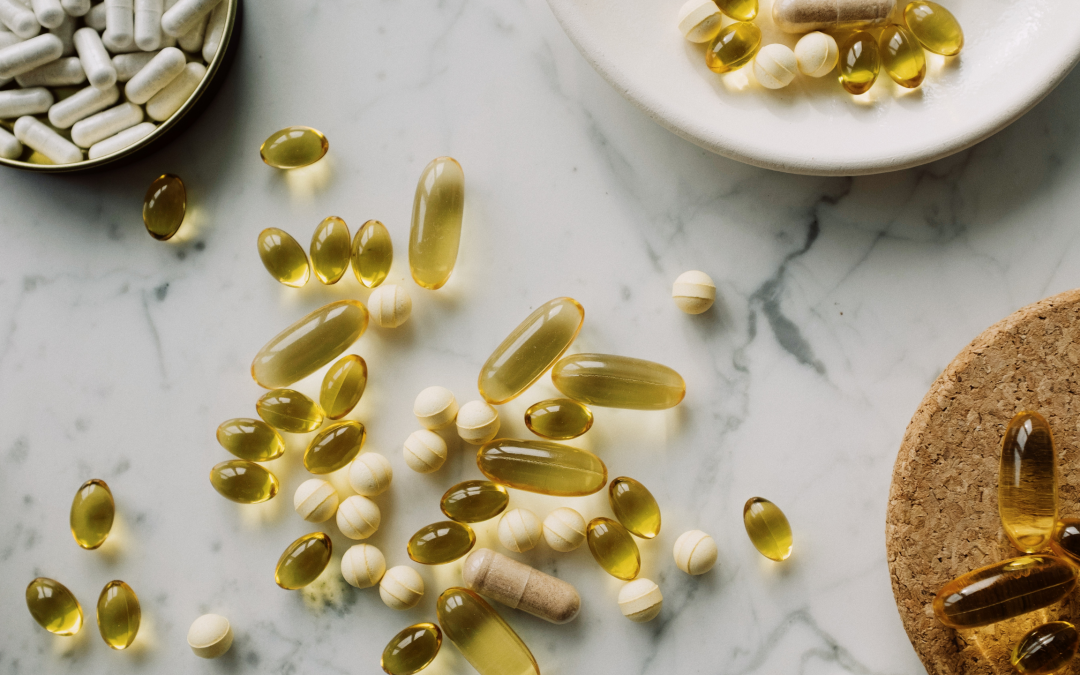 Attention Deficit Hyperactivity Disorder (ADHD) is a neurodevelopmental disorder commonly affecting children as young as four years old, with persistent symptoms into late adulthood. Through the disruption of chemical messengers in the brain, an inadequate supply of dopamine and norepinephrine causes a sequence of behavioural changes. More specifically, ADHD is characterized by symptoms of inattention, hyperactivity, and impulsivity.

As described in the previous edition, the influence of exercise on ADHD, we are on the lookout for safe and effective treatments for long-term symptom management. Due to the variable expression of the condition, there isn’t simply a ‘one-size-fits-all’ treatment. Although exercise is an advantageous approach to improving cognition and behaviour in people with ADHD, those dealing with persistent and sometimes debilitating symptoms require a more targeted approach.

Through evidence-based research, pharmacotherapies are currently considered an essential treatment for ADHD (1). However, many families decide against the use of traditional pharmacotherapy remedies, such as psychostimulant medication, due to their concerns over short-term side effects and long-term efficacy. Many people are turning to alternative treatments such as supplemental nutrients and herbal remedies for potential management purposes.

The Importance of Supplements

Dietary supplements are manufactured products used to enhance, rather than replace, nutrients that we may not otherwise get from our diet. They’re made with nutrients, both essential and non-essential, extracted either from food or created synthetically.

On the other hand, non-essential nutrients can be synthesized in our bodies. They’re classified as non-essential because they don’t need to be obtained through our diets. For example, many of our dietary carbohydrates, with the exception of certain fibres, are known as non-essential nutrients. Although we make these types of nutrients, it doesn’t necessarily mean we wouldn’t benefit from their supplementation — depending on our specific health needs.

In Orthomolecular and Functional Medicine, the therapeutic value of nutrients is more emphasised, to leverage metabolic pathways in the body toward better health, or at times to correct either the frank or functional deficiencies that are contributing to chronic conditions.  This is a key difference compared to how conventional medicine views nutrients, and looks beyond RDA’s (Recommended Dietary Allowances) often cited on food labels and by some agencies.

Folate, better known as vitamin B9, is an essential nutrient with neuroprotective qualities. Research has discovered that folate is closely linked to the protection of a developing fetus’ nervous system. Low folate status during pregnancy can cause hyperactivity later in the child’s life due to certain developmental abnormalities in their brain (2). When preparing for a healthy baby, it’s suggested that women of child-bearing age should be supplementing with folate before, during, and even after pregnancy.

Vitamin B6 is an essential nutrient that influences chemicals in the brain including serotonin, dopamine, and norepinephrine. Activation of these chemicals through adequate vitamin B6 supplementation can improve mood, alertness, attention, as well as minimizing agitation or nervousness. In addition, vitamin B6 improves the absorption of magnesium which is useful for reasons described below.

Magnesium is an important micronutrient for healthy brain activity as well as its involvement in the prevention of certain neurobehavioral conditions, such as ADHD. Magnesium deficiencies are linked to abnormalities in fetal development as well as poor neurotransmitter functioning that controls emotion, social reactions, hyperactivity, and attention. Managing healthy levels of magnesium is best regulated through a combination of magnesium and vitamin B6 (Mg-B6) supplementation (3).

Zinc is another essential micronutrient that plays a role as a cofactor for various enzymes involved in the metabolism of dopamine and melatonin. Dopamine, being one of the most important factors in the pathophysiology of hyperactivity, is also regulated by the hormone melatonin. When levels of zinc are low, the disruption of both melatonin and dopamine is strongly associated with hyperactivity, impulsivity, concentration issues, and jitters (4).

Glutamine is a non-essential amino acid and precursor to neurotransmitter Gamma-Aminobutyric Acid (GABA) which acts as a calming chemical in the brain. Adequate levels of GABA function to minimize neuronal activity in the brain which helps improve mood, reduce fear and anxiety, and maintain focus. Disruptions in glutamine metabolism leading to GABA deficiencies can result in hyperactivity in the brain. This can exacerbate symptoms in individuals currently diagnosed with ADHD.

Phosphatidylserine is an acidic phospholipid that makes up a part of the brain’s neuronal membrane. It functions to minimize the effects of ADHD when used in tandem with omega-3 fatty acids as they work to protect the brain against neurodegeneration. Their synergistic effects are shown to regulate levels of dopamine which influences attention, visual learning, short-term memory, hyperactivity, and impulsivity (5).

Acetyl-L-carnitine is an ammonium compound involved in the metabolism of omega-3 and omega-6 fatty acids. It works to remove any toxic metabolites that influence cholinergic and dopaminergic neurochemical pathways — compounds that mimic the actions of acetylcholine and dopamine, respectively. As mentioned earlier, both of these neurotransmitters help reduce hyperactivity and improve social behaviour in patients with ADHD (6).

Antioxidants are compounds that work to inhibit the production of free radicals from accumulating in the body, otherwise known as oxidation. Although the pathophysiology of ADHD is not completely understood, certain studies examine its association with inflammation and oxidative stress. Based on this literature, antioxidant supplementation may provide a healthy and beneficial treatment in preventing oxidative imbalance to strengthen memory and cognition (7).

Derived from plants, herbal supplements are a safe alternative to pharmacological interventions used for therapeutic and healing purposes. Two well-known supplements in the area of cognitive functioning are known as Rhodiola Rosea and Ginkgo Biloba.

Rhodiola Rosea (R. rosea), also known as golden root or arctic root is one of the most extensively researched plant extracts in traditional and functional medicine. As a neuroprotectant supplement, R. rosea is used predominantly for mental health conditions such as depression, bipolar disorder, stress and anxiety, and ADHD.

R. rosea acts on the brain in both a mentally stimulating and emotionally calming manner. It’s recognized for its activity in elevating levels of neurotransmitters dopamine and norepinephrine — both of which being suppressed in patients with ADHD. Studies find that long-term supplementation leads to central nervous system stimulation which works to improve psychomotor performance and overall cognition (6).

Although dosing varies, R. rosea is a safe supplement for all age groups. Current research suggests the solo use of R. rosea to be beneficial in milder cases while more severe cases can be well-tolerated using in tandem with pharmacological stimulates (7). Although uncommon, the side effects seen with supplementation include allergy, irritability, insomnia, high blood pressure, and chest pain.

Ginkgo Biloba (G. biloba), extracted from the leaves of maid hair tree, has been used in traditional Chinese medicine to treat cognitive and memory impairments. Through the actions of increasing cerebral blood flow, antioxidant, anti-inflammatory, and antiplatelet activity, its neuroprotective characteristics may help influence our brain’s health (8).

G. biloba has been proven to influence our brain activity by improving selective attention, fluid intelligence, memory, and processing speed, all of which are often impaired in ADHD patients. Also, present studies demonstrate an additive effect when used alongside R. rosea through means of significantly influencing short-term working memory (9).

Patients with ADHD express certain behavioural changes throughout their lifetime leading them to seek alternative methods for a safer, more reliable long-term treatment. The utilization of both nutrient- and herbal-based supplements are gaining more momentum in the research community as a holistic alternative to symptom management.