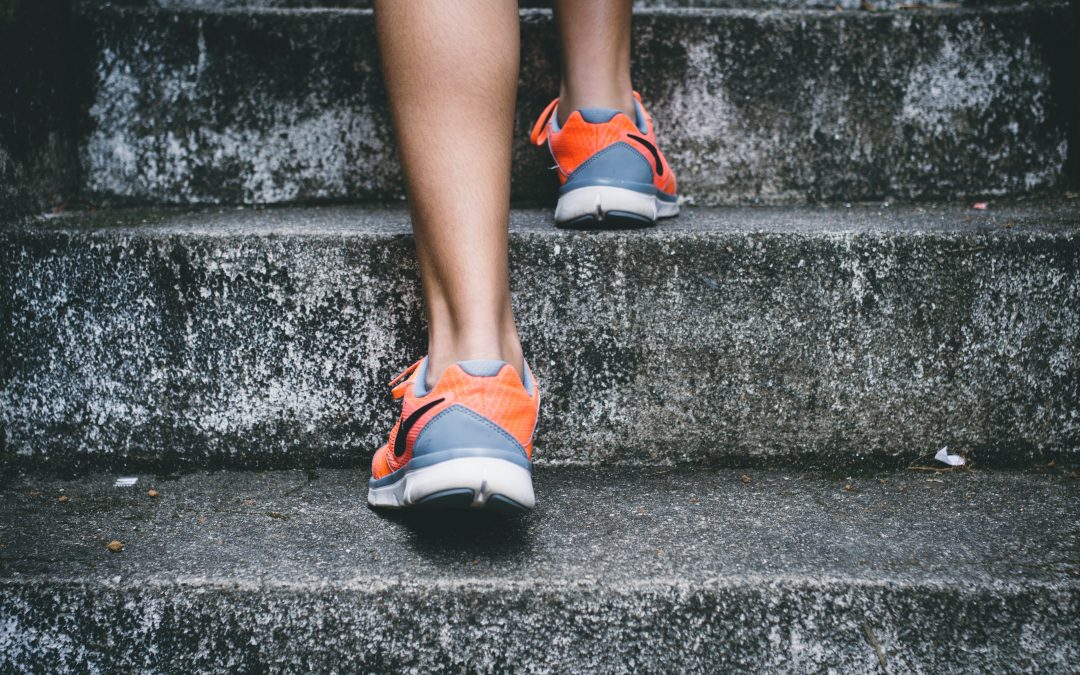 Attention deficit hyperactivity disorder (ADHD) is a common neuropsychiatric disorder developed in early childhood affecting 8-10% of children and young adults worldwide (1). It is a complex medical condition affecting a person’s attention and self-control. As an outcome of these behavioural issues, people with ADHD risk having lower self-esteem, intolerance to proper social functioning, reduced economic achievement, and even the development of various co-morbid medical illnesses (2). As our understanding of the conditions expands, there’s an even greater demand in finding a safe and effective intervention to help manage symptoms and improve the health outcomes of those living with ADHD.

This is where exercise comes in!

Without a doubt, exercise is a proven method towards enhancing physical health by controlling weight, reducing the risk of heart diseases, managing blood sugar and insulin levels and keeping joints, muscles, and bones strong – but that’s not where the benefits end. In fact, exercise is now a common treatment method for numerous mental health conditions. Through various biochemical processes, exercise is proven to influence mood, mental status, self-esteem, and levels of cognition. For this reason, exercise is a promising intervention for individuals living with ADHD to help manage symptoms at any age.

ADHD is a common neurodevelopmental disorder first diagnosed in childhood and can persist into adulthood. It’s a complex condition that’s known to differ from person to person. Oftentimes, it’s associated with having difficulties paying attention, controlling impulsive behaviours or being overly active/hyperactive. While the exact cause of ADHD is still unclear, research has confirmed that there is a large hereditary component involved, along with other biological and environmental factors causing changes in the central nervous system during sensitive developmental periods (3).

Those with ADHD are likely experiencing one or more of the following symptoms: inattention, impulsivity or hyperactivity (4).

Signs of inattentiveness include:

– Inability to focus or concentrate on tasks

– Having a short attention span

– Inability to listening to or carrying out instructions

Signs of impulsivity and hyperactivity include:

– Inability to concentrate on tasks for long periods of time

– Inability to wait for their own turn

– Acting out or acting without thinking

The Science behind the Symptoms

The inattentiveness, hyperactivity, and impulsivity that are involved in ADHD are caused by the disruption of important chemical messengers in the brain; more specifically, a dysfunction in catecholamines. Catecholamines can act as neurotransmitters and hormones, depending on our body’s physiological needs. Some well-known catecholamines include epinephrine, norepinephrine and dopamine. Let’s take a look at what these three active molecules do for us (5).

Epinephrine: also known as adrenaline, is a hormone secreted by the adrenal glands and functions to increase cardiac output and blood glucose levels.

Norepinephrine: similar to epinephrine, norepinephrine is a hormone released by the adrenal medulla and acts as a neurotransmitter to increase blood pressure.

Dopamine: a hormone and neurotransmitter that’s produced by the brain and plays a crucial role in mood, motivation, attention, and movement. An enzyme known as dopamine β-hydroxylase helps to catalyze the conversion of dopamine to norepinephrine.

It’s no surprise that based on the numerous roles these chemicals take on in our bodies, their dysfunction can be quite detrimental to our health. One theory suggests that the catecholamine dysfunction is caused by a drop off in activity and communication between different regions of the brain. Evidence suggests that these disruptions in neuron-to-neuron messaging by certain chemicals, such as dopamine and norepinephrine, contribute greatly towards ADHD symptoms. In fact, there may be a delayed maturation in certain dopaminergic neural pathways in some children causing a limited amount of dopamine available in the brain (6).

Another theory believes ADHD is the result of genetic abnormalities in the prefrontal cortex of the brain. Problems arise when certain genes are expressed differently, causing a change in the production or transmission of important chemicals. In this case, DAT1 is a gene variant that influences dopamine transporter activity. Without the proper expression of this gene, there’s an associated impairment in dopamine neurotransmission in our body, rendering these molecules useless. Eventually, this leads to depleted levels of dopamine and norepinephrine (7).

There are two commonly utilized interventions for ADHD. People oftentimes opt to manage their symptoms via prescribed medication or behavioral/psychological therapy (8).

Based on the disease process, currently approved medication is used to target the root cause of ADHD by using a catecholamine agonist, also known as a drug that initiates a physiological response. This type of medication is known as a stimulant, as it functions to increase (or stimulate) dopamine and norepinephrine activity in the body.

Although this method of treatment can target the primary cause of ADHD, it’s not a ‘one size fits all’ method. One study suggests that physicians report apprehension for prescribing medication to children due to a concern in the future risk of substance abuse. Without long term physician oversight, it’s possible that medication use can lead to developing side effects including severe appetite fluctuations and sleep disturbances. In addition, there’s some uncertainty about the cardiac effects this creates from influencing norepinephrine production (9).

Therapy provides many advantages for children and young adults in terms of controlling symptoms without the same risk of side effects that pharmaceutical interventions present. Behavioral/psychological therapy is an effective treatment for managing ADHD symptoms by improving a child’s level of attention, self-control, and self-esteem (10).

Although these two methods of ADHD treatment are common, they’re not necessarily the safest or most effective interventions out there.

How Exercise Improves our Brain Health

Based on our knowledge today, research has explored the idea of exercise as a recommended intervention for ADHD. Exercise has a profound effect on our brain health through means of improving our learning, memory, and overall cognition. The underlying four mechanisms listed below that link exercise to our brain activity are integral towards understanding its role in ADHD (11).

Neurogenesis is the growth and development of various nervous tissues within the brain. The process is stimulated by certain extrinsic and intrinsic factors – one of the strongest stimuli being exercise. Neurogenesis plays a role in managing ADHD symptoms by strengthening immature neural connections to help improve the messaging systems throughout the brain.

Synapses are the connecting points between two neurons to allow for the transmission of messages to take place in the brain. Synaptic plasticity is the ability of these neuronal synapses to either strengthen or weaken over time depending on their activity. Exercise proves to be a strengthening factor in the synaptic activity which helps to improve long-term learning and memory.

Angiogenesis is the process of new blood vessel formation throughout the body. These blood vessels are then subjected to growth when subjected to the appropriate stimuli. Exercise is a contributing factor in influencing brain vasculature as it stimulates the release of growth factors in the brain to modulate blood vessel growth and formation. This encourages better oxygen transport and ultimately improves our cognition.

Exercise has the ability to modify the function of neurotransmitters production and secretion in our brains. Ever heard of a ‘runner’s high’? This relates to the euphoric feeling people experience during an exercise bout when certain neurotransmitters are released in the brain. Over time, this stimulated activity helps mitigate the effects of catecholamine dysfunctions which is imperative towards treating ADHD altogether.

Exercise is proven to be a well-tolerated, beneficial treatment for ADHD symptom management. The general guidelines involve 30-40 minutes of moderate-to-intense cardiovascular exercise per day, 5 days per week. A moderate-to-intense exercise regime encourages you to reach at least 65-75% of your maximum heart rate. The best way to achieve this sort of energy output is to do interval training. By mixing longer periods of moderate-intensity with short bursts of high intensity will create more heart rate variability. This intensity is proven to elicit changes in many of the same neurochemicals in the brain such that ADHD prescription medications do (12).

The problem is, cardiovascular training alone isn’t the most advantageous method of exercise. In fact, complex exercises are shown to be more advantageous for children with ADHD as they involve more brain activity to focus on technical movements. During complex movements, you’re required to focus on balance control, timing, sequencing, and error correction. Some of these exercises include martial arts, rock climbing, skating, and other organized sports.

Fighting against ADHD symptoms for yourself or your children can feel like a never-ending battle. Oftentimes, the best approach is to work with the symptoms instead of against them. Exercise is an effective intervention as it works to balance the neurochemicals in the brain which mitigates the effects of inattentiveness, impulsivity, and hyperactivity. At the end of the day, the most important aspect of incorporating an exercise program is adherence. Much like medication, exercise prescription simply doesn’t work if it’s not taken consistently. Find an activity that you or your child enjoys and are willing to stick to long-term!