The Problem With Glyphosate: An Introduction 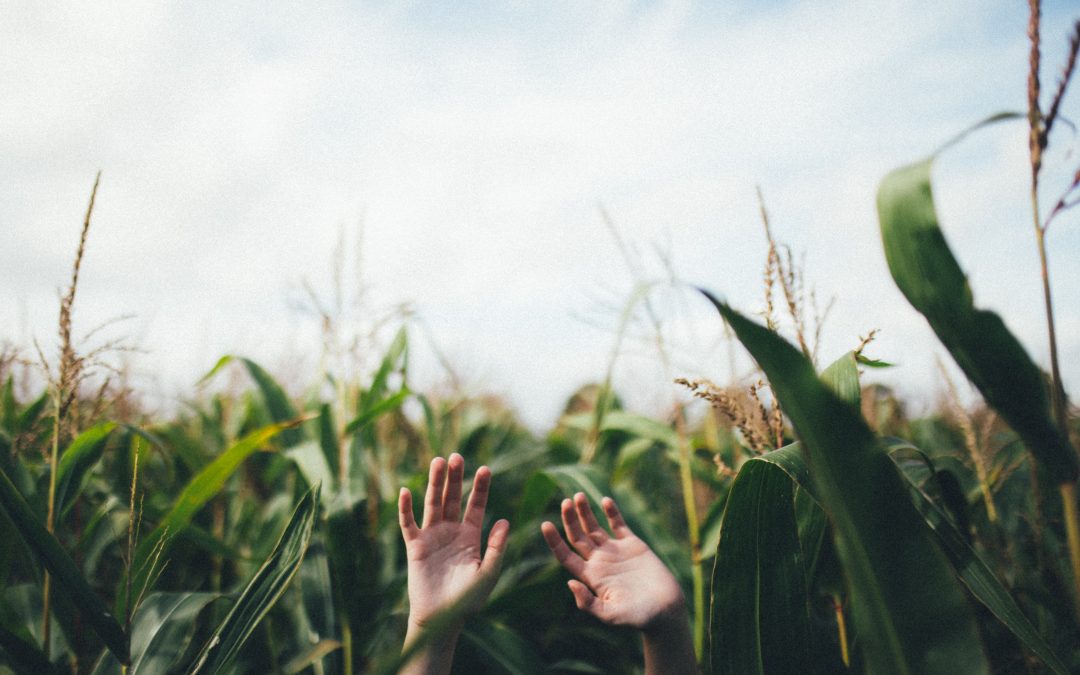 Glyphosate, the active ingredient in Monsanto’s infamous Roundup and a number of other products, is an herbicide designed to destroy weeds.

Monsanto first introduced it back in 1974, but it wasn’t an instant success. Glyphosate, as it happens, isn’t just great at killing weeds: it destroys all plant life. This, of course, proved problematic for farmers who made their livings growing plants, which led Monsanto to their next corporate brainwave: seeds and foods that were genetically modified to be able to withstand large amounts of glyphosate, and survive while the weeds around them perished. This strategy took hold in the 90s.

Today, glyphosate is the most widely used pesticide in the world. It is used not only by large and small scale farmers but on roads, in public parks, and by individuals and families in their own backyards.

Genetically modified corn and soy are among the crops most commonly sprayed with glyphosate. Glyphosate is also commonly sprayed on non-GMO crops of wheat, barley, nuts, beans, peas, and oats (to name a few) in order to dry them out for a faster harvest.

On non-organic farms livestock are often fed corn and soy that have been sprayed with glyphosate, and the chemical remains in the meat that we buy.

The aerial spraying of farms with glyphosate spreads the chemical far and wide. It’s not only found in the food we eat but in the air we breathe and the water we drink. It is also found in most cotton products, including personal hygiene products like tampons and baby wipes.

How does glyphosate affect human health?

The rise in chronic disease prevalence over the last couple of decades is shocking. Today, 60% of Americans have at least one chronic condition; 42% have more than one. In Canada, the prevalence of diagnosed autism is now 1 in 66. Depression, ADHD, diabetes, heart disease, autoimmune disorders, obesity, and chronic fatigue syndrome are all on the rise, and chronic disease is the leading cause of death and disability.

If we want to explore increases in chronic disease prevalence, we have to look at what else has changed. What kinds of environmental factors may be playing a role?

Research into almost two dozen conditions has found a highly significant correlation between the rise in their prevalence and the use of glyphosate-based herbicides within the same populations. Among the conditions whose rates parallel rates of glyphosate use are Alzheimer’s; Parkinson’s; anxiety; mood disorders; hypertension; autism; diabetes; obesity; chronic fatigue syndrome; ADHD; birth defects; IBD; and cancers of the liver, thyroid, bladder, pancreas, and kidney.

The makers of glyphosate-based herbicides– Monsanto, most notably– maintain that glyphosate is safe for humans and animals. This in spite of the World Health Organization’s International Agency for Research on Cancer classifying it is a probable carcinogen, several alarming correlation studies linking glyphosate use to dozens of chronic illnesses, and the fact that people who are sick have higher levels of glyphosate in their bodies than those who are healthy do.

Glyphosate kills plants by blocking proteins via a specific pathway called the shikimate pathway. Monsanto’s rationale when insisting on glyphosate’s safety is that humans do not have this pathway.

This is one of those assertions that is relatively true if you don’t actually look into it or know what it means. For starters “we” don’t have the shikimate pathway… but our gut bacteria do. We each have trillions of bacteria in our digestive system, and every single bacterium has a shikimate pathway.

So, what does glyphosate actually do to us?

–Interferes with essential amino acid production: Our gut bacteria rely on the shikimate pathway, which glyphosate disrupts, in order to produce essential amino acids including tryptophan and tyrosine. The majority of our glyphosate-induced problems begin with this disruption, as these amino acids are the building blocks of critical nutrients, minerals, and neurotransmitters.

–Leads to deficiencies in vitamins, minerals, neurotransmitters, antioxidants: The result of an impaired ability to produce key amino acids is that we have an impaired ability to produce all of the vitamins, minerals, neurotransmitters, and nutrients that they are necessary for. This means possible deficiencies in vitamin B12, vitamin K, vitamin E, iron, magnesium, manganese, folate, serotonin, melatonin, dopamine, and thyroid hormone, among others. Low levels of any and all of these of course are behind all sorts of chronic illnesses and health problems.

-Disrupts our gut microbiome: Our gut microbiome is made up of trillions of bacteria. There are many different kinds of bacteria– some beneficial for us, some not– but while most harmful (pathogenic) bacteria are able to withstand glyphosate exposure, most beneficial bacteria are not. This leaves our microbiome out of balance, which can lead to a number of illnesses including diabetes, depression, and autoimmune disorders. The disruption of gut bacteria (dysbiosis), especially the overgrowth of clostridia which glyphosate contributes to, is linked to autism.

–Damages DNA; drives mutations linked to cancer: A number of cancers including liver, kidney, pancreas, and breast cancers have been associated with glyphosate exposure. Lab research has found that glyphosate can cause DNA damage and the types of mutations associated with these cancers.

–Reduces our ability to detoxify: Glyphosate impairs a gene pathway called the CYP pathway. The CYP pathway is involved in detoxification of foreign chemicals and environmental toxins, so the main consequence of this impairment is a diminished capacity to detoxify. Of course this creates a vicious cycle: the more glyphosate we are exposed to, the less capable we are of detoxifying from it.

In addition to studies linking the overall use of glyphosate with an overall increase in chronic disease, some studies have looked at increases in illness within farming communities and other areas in close proximity to large amounts of the herbicide. In farming communities where Roundup is used, we see higher rates of breast, prostate, and lung cancers; chronic respiratory problems; hypothyroidism; and kidney failure.

Babies whose mothers live within 1 km of fields regularly sprayed with glyphosate are more than twice as likely to be born with birth defects. Glyphosate and birth defects have been linked with distances up to 1000 km.

The chances of a child developing brain cancer are doubled when either parent has been in close proximity to glyphosate in the two years before the child’s birth.

Lab research has demonstrated that glyphosate causes the same types of cell damage and death that we see in Alzheimer’s and in Parkinson’s disease.

Glyphosate has been found to contribute to digestive disorders including celiac disease and non-celiac gluten intolerance, colitis, and IBS.

The research into glyphosate and autism is alarming, and a larger topic for another time.

Stay tuned for our next post in this series: a look into glyphosate’s impact on neurodevelopment.