Vitamin K2 and Your Heart 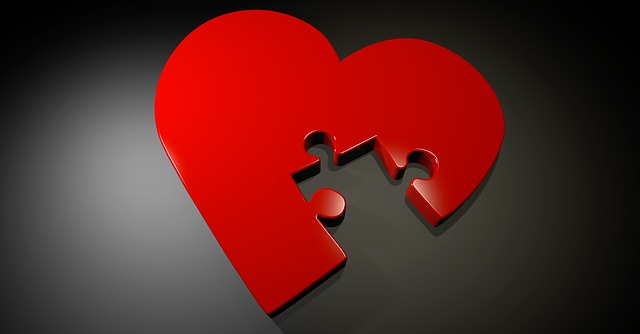 What Is Vitamin K2?

Vitamin K2 is a powerful nutrient with the ability to regulate where calcium goes and stays within the body. K2 plays a crucial role in the health of our bones, joints, and hearts, but it is only just beginning to get the recognition that it deserves.

A large part of the reason why vitamin K2 is not as well known as it should be is that we didn’t originally understand the differences between K2 and K1. The two vitamins share that their primary function is modifying proteins involved in the binding of calcium. But while K1 is mainly used to activate calcium-binding proteins involved in blood clotting, K2’s primary role is in activating proteins that control where calcium ends up in the body.

The importance of vitamin K1 shouldn’t be diminished, but its role is substantially different from the role of K2. Earlier research on the K vitamins didn’t always make the distinction, meaning that research on the potential cardiovascular benefits specific to K2 was done using K1, with little benefit shown.

It is worth noting that vitamin K1 is also much more common in our standard diets than K2 (primarily found in fermented foods and high-fat animal products) is. Our bodies convert a small amount of K1 into K2, but not enough to substitute adequate intake of K2 itself.

What are the cardiovascular benefits of K2?

Cardiovascular disease remains the number one cause of death in the Western world. One of the biggest risk factors is atherosclerosis, a buildup of calcium, plaque, and fatty deposits in the arteries that causes them to become blocked, and that can eventually lead to a heart attack or stroke.

Vitamin K2 can be thought of as the master of calcium’s fate, activating the proteins that regulate where calcium goes, directing it to the bones where it can do good, and keeping it from being deposited in the arteries where it causes problems. By preventing calcium from landing and building up in the arteries, vitamin K2 can reduce both the risk and the progression of atherosclerosis (1). More recent studies have even shown that K2 can reverse existing arterial calcification (2).

One study on vitamin K2 found that participants with the highest intake were 52% less likely to develop atherosclerosis, and 57% less likely to die from heart disease over a 7-10 year period (3). A number of other studies have also shown a significantly reduced risk of cardiovascular disease with higher intakes of K2 (4).

Vitamins K2 and D3 both have crucial roles to play in both cardiovascular and joint health, and they have a synergistic relationship. If you’re taking a K2 supplement, you may be able to increase its effectiveness by taking it alongside D3.

More importantly, though, if you’re regularly taking a vitamin D supplement, especially if you meet the risk factors for K2 deficiency, you should look into supplementing the two together– not only to improve its effectiveness, but to protect against the possibility of toxicity. We’ve talked about how K2’s main job is to activate specific proteins that control where calcium winds up in the body. Taking vitamin D causes the body to produce more of those proteins for the purpose of moving calcium– but those proteins can’t be activated without K2. Essentially, the more vitamin D you take, the more of these proteins you have floating around waiting to relocate calcium, and the more K2 you end up needing in order to give them the green light. Without it, you run a higher risk of calcium buildup in the wrong places.

Of course it also stands to reason that if you’re taking a calcium supplement, you want to ensure adequate K2 intake for the same reason.

Are You Getting Enough K2?

It is estimated that around 80% of us are getting less K2 in our diets than the minimum needed to activate K2 proteins.

Even with adequate dietary intake, though, many of us are deficient in vitamin K2 as a result of malabsorption due to gastrointestinal disorders, or gut dysbiosis (an imbalance of bacteria in the gut). Some bacteria in the large intestine have the ability to produce K2: it is essential that we have a healthy gut microflora in order for this to happen. Antibiotic use, chemical exposure, and consumption of processed foods are among the multitude of reasons why many of us do not.

It is also important to keep in mind that Vitamin K2 deficiency becomes more likely the older we get.

If you’re concerned that you aren’t getting enough K2 through diet alone, talk to your practitioner about supplementation. As mentioned earlier, vitamin D3 and K2 have synergistic effects, and you may want to take the two together. Taking probiotics can also help by way of supporting a healthy gut microflora that can produce K2 naturally.