Is There a Link Between Tinnitus & Histamine? 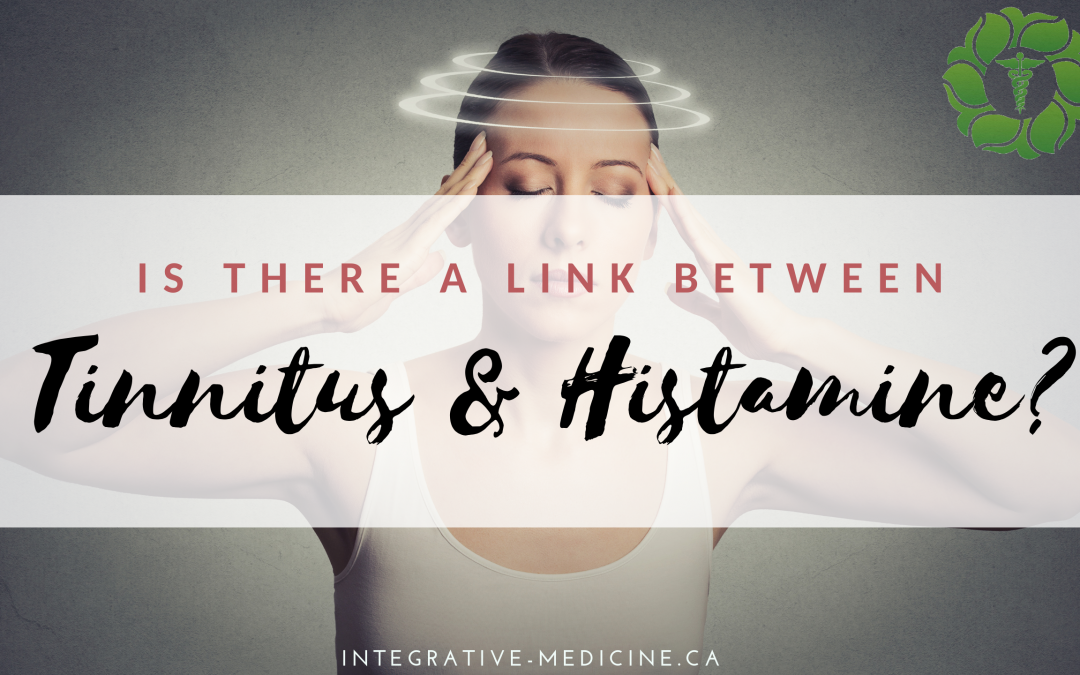 Tinnitus, or a ringing in the ears, is a problem that is estimated to affect around 15% of the population. Almost everyone has experienced this at least once– maybe after a loud concert, for example– but for many people, it’s a chronic problem that often seems to come out of nowhere.

There are a number of possible causes of tinnitus. Often, it is related to exposure to noise, or to problems within the ear (wax buildup, for example) or the brain (concussions or other head injuries). Some research has shown that tinnitus is often linked to anxiety and depression, though how exactly they are related is not clear.  Circulatory problems can also cause tinnitus.

If you suffer from tinnitus, you may notice that your symptoms worsen when your seasonal allergies are acting up. An allergic reaction involves the release of histamine and the creation of inflammation to protect against the invading substance.

Excess mucus production and/or sinus inflammation and congestion can lead to the buildup of pressure in the ears that may cause or worsen tinnitus.

Once the allergic reaction subsides and sinus inflammation and pressure decreases, ringing in the ears generally stops or improves.

The same type of reaction can occur when we eat foods that we’re sensitive to, which is why you may notice that the ringing in your ears coincides with the consumption of specific foods.

As mentioned above, histamine is released during an allergic reaction in order to protect us from the threatening substance. Some people have an intolerance to histamine, which may be caused by the excessive release of histamine by certain kinds of cells, or a deficiency in the enzyme that breaks down dietary histamines.

If you’re experiencing tinnitus, the first step should be to consult with a practitioner and rule out other causes, such as a buildup of wax in the ears or a head injury. If the cause cannot be found, you may want to try out a low histamine diet. It is helpful when experimenting with this kind of diet to keep a food diary tracking what you’ve eaten, and when you experience tinnitus and/or other symptoms.

If you find that your symptoms improve on the low histamine diet, you can try re-introducing one food at a time in order to pinpoint which foods are most problematic for you.

High histamine foods that may trigger tinnitus and other symptoms include aged cheeses, cured meats, fermented foods, and wine. Other substances that may be related to tinnitus in those who are sensitive include MSG, caffeine, and foods high in sugar or sodium.

Chronic stress and lack of good quality sleep may also contribute to tinnitus. Meditation and other mindfulness-based practices may help to reduce the frequency and severity of tinnitus, and can be explored alongside the low histamine diet.