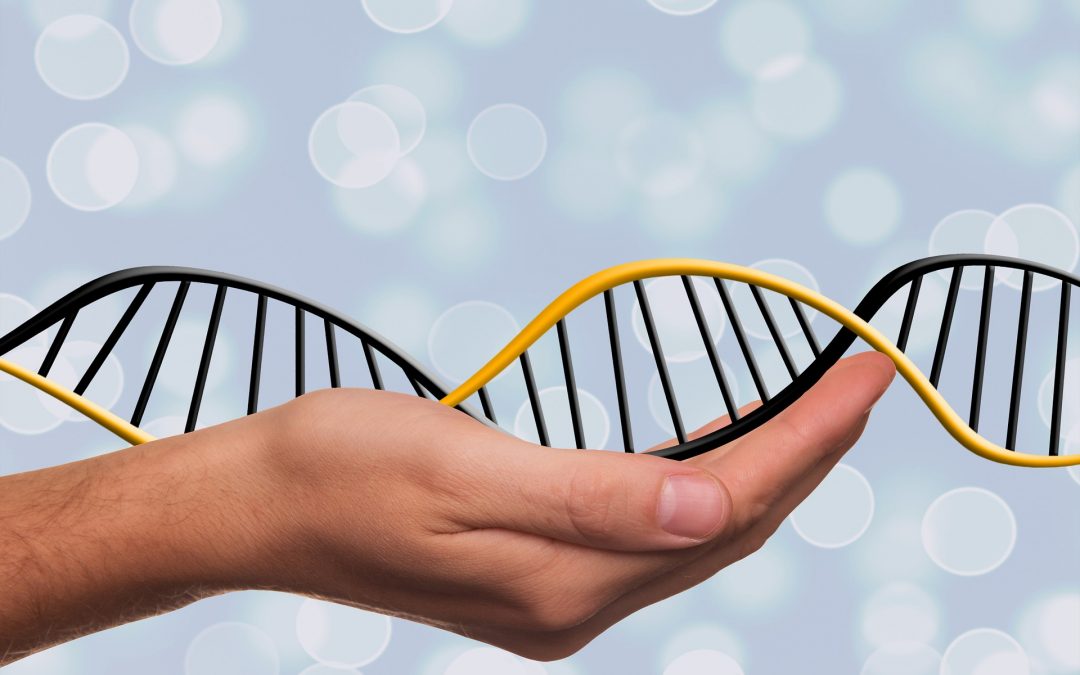 This article provides an overview of epigenetics, and the role of epigenetics in influencing long-term health and susceptibility to disease.

A gene is a unit of heredity. Each person has two copies of each gene, one from each parent.  Genes contain sequences of DNA with instructions that guide the body’s initial development as well as its biological processes throughout life.

These genetic instructions are the basis for a person’s unique physical features and functions.  For example, through genetics, a person inherits traits such as their eye color, hair color and texture, bone structure, and skin complexion.

In addition to influencing the physical characteristics that a person is born with, genetics can affect a person’s long-term health.  Research shows that family history of disease, including autoimmune diseases, cancer, psychiatric illness, cardiovascular disease, and diabetes, influence one’s likelihood of developing those conditions (1).

However, while a person’s genetic sequence does impact disease risk, there are generally other, modifiable factors that ultimately determine whether or not they end up developing the disease.

This is where the relationship between genes and the environment (known as epigenetics) comes in.

There is an axiom often used in functional medicine: “Genetics loads the gun, the environment pulls the trigger”. This is one of the simplest ways we can describe and understand epigenetics.

Epigenetic change occurs when different chemical tags or markers are added to a person’s DNA. These tags highlight certain genes and determine whether they are switched ‘on’ or ‘off.’  Therefore, epigenetics is responsible for the expression of your genes.

This is a very important concept, because it means that while your genes create predispositions toward certain health outcomes, there are other factors that ultimately influence whether or not these predispositions play out.

One example of the relationship between gene expression and disease has to do with the initiation and progression of cancer (2). Research has found that epigenetics is linked to cancer because it can influence the activation of abnormal cellular activity, or the inhibition of normal physical processes.  This is confirmed by the fact that there is variability in cancer cells apart from genetics; in other words, the cells differ not only in terms of genetics, but also in terms of the characteristics they display (3).

This is a very important finding, because unlike genetic mutations, epigenetic changes are potentially reversible.  As a result, epigenetic therapy is being researched as a possible approach to cancer treatment (4).

The link between epigenetics and cancer is also relevant to all individuals, but particularly those who have certain cancer genes, because their health outcomes are dependent on the expression of those genes.

In addition to cancer, epigenetics has been associated with a multitude of other significant health concerns such as:

One way that individuals can influence epigenetics is through diet, both through the quality of the foods they eat, and the quantity of calories that they consume (6).

In fact, the term ‘epigenetics diet’ has been coined to refer to a diet high in compounds that have been shown to have anticancer properties (7).  Examples of these compounds, and foods where they are found, include:

On the other hand, dietary choices can also have a negative impact on health by directing gene expression in support of abnormal cellular activity.  For example, high consumption of alcohol is linked to an epigenetic change called promoter hypermethylation.  This occurrence promotes cancer development because it downregulates tumor suppressor genes (8).  Nutritional deficiencies are another example of a dietary factor that negatively impacts gene expression.

The Impact of Lifestyle and Environment

In addition to diet, a person’s behaviors and environment are connected to their gene expression.  Epigenetic modifications can be stimulated by environmental factors such as:

These environmental factors can have a significant adverse effect on human health via epigenetics, whether the exposure occurs in utero, during early developmental years, or later in life.

Along the same lines, lifestyle factors including psychological stress, shift work, smoking, and (lack of) physical activity may influence epigenetics.  For example, research has shown that a higher level of maternal care early in life influences one’s ability to deal with stressful situations (9).

The takeaway here is that optimizing your health by understanding your genes is a matter of two things. First, understanding your unique genetic variations (through DNA testing) can provide some insight not only into your risk of disease, but also into the way your body reacts to different foods, lifestyle habits, and environmental triggers.  See this article for more on DNA tests.

Second, taking epigenetics into consideration gives you the ability to influence the expression of your DNA by having a better understanding of the interaction between genes, diet, lifestyle, and environment.

In conclusion, while it is true that genes play a significant role in governing a person’s health through all stages of life, diet, lifestyle, and environmental factors are also important considerations in disease prevention and treatment because they affect the way your genes work.  Epigenetic effects on health may be even more important than genetics, because many times they are within our control to change.

A functional medicine practitioner can guide you as to the best course of action to take to improve your health and reduce your risk of disease.  This starts with understanding both genetic factors and epigenetic influences on health.