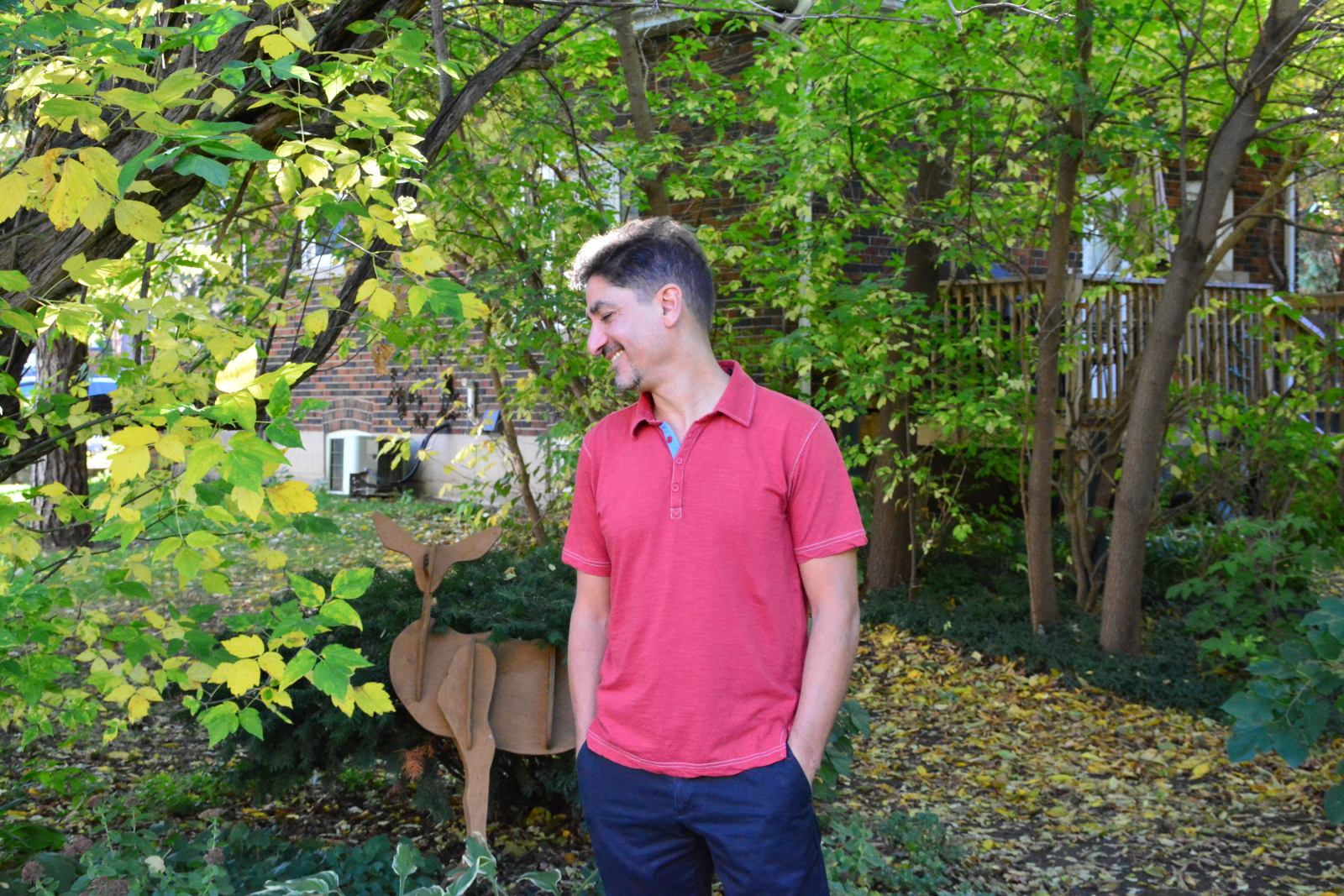 What is the Prostate?

The prostate is an important part of the male reproductive system, a walnut -shaped gland situated at the bottom of the bladder that produces the majority of the fluid in the male ejaculate. It surrounds the urethra like a donut, and grows throughout the lifetime of a man.

The prostate is important medically because of 3 basic processes: 1) inflammation (and sometimes infection) leading to prostatitis, which can proceed to a chronic problem 2) progressive enlargement potentially causing constriction on the urethra, known as benign prostatic hyperplasia, or BPH and 3) transformation of normal cells to malignant ones, or prostate cancer.

This article will address each of the processes from an integrative medicine perspective, with a particular emphasis on nutrition factors.

Prostatitis can affect a man at any age, and is characterized by lower pelvic pressure and pain in the pubic area, pain during urination, and pain or uncomfortable feeling before or during ejaculation. Most doctors often treat it in the acute stage with antibiotics, with success, yet many of the cases that reach my office have had multiple courses of antibiotics without full resolution of symptoms. These are the complicated ones, where the focus then switches to understanding the dietary factors and antibiotic-related processes that have perpetuated the process.

Many do well with diet restrictions to avoid pro-inflammatory foods, including animal fats, dairy, sugar and caffeine. A diet rich in fruits and greens is vital. Due to antibiotic effects, there can also be a Candida effect, which must be addressed. The most important supplement to use is Quercetin, an antioxidant bioflavonoid with anti-inflammatory and antihistamine properties (does 500 mg three times daily). Fish oils capsules, as an Omega-3 supplement, are also of benefit due to their anti-inflammatory properties (start at 2 grams per day).

BPH is common, affecting more than half of men in their 60s and as many as 90 percent of men in their 70s and 80s. The condition rarely develops before age 40. BPH is not cancerous, but many sufferers need some type of treatment at some point in their lives. Although enlargement of the prostate is an apparently “normal” part of aging, problems with urination that often accompany this enlargement are not normal. Enlarged prostate is often referred to as prostatism or benign prostatic hyperplasia (BPH). Commonly, frequent urination overnight is a predominant, and most troublesome, symptom. Other symptoms include weaker stream, hesitancy at the start, and difficulty fully emptying the bladder.

The diet focus is the same as for prostatitis – lots of fruits and vegetables, preferably organic, reduced animal fat, no sugar and limited caffeine. The most important herb to use is Saw Palmetto at 160 mg twice daily, provided the product is standardized and quality assured. Research suggests that saw palmetto can markedly improve all the symptoms of BPH, and has virtually no side effects. Four weeks minimum of treatment are required before benefits are noted, with more than 60% of men responding well. As such, saw palmetto oil is an accepted medical treatment for BPH in New Zealand, France, Germany, Austria, Italy, Spain, and other European countries. Research tells us that saw palmetto is equally effective to Proscar, a pharmaceutical, but it has one great advantage (besides the lack of side effects): it leaves PSA (prostate-specific antigen) levels unchanged, which helps when tracking future prostate cancer. Formulas, which include nettle and pygeum, are useful, since these herbs have also proven in studies to reduce the symptoms of BPH.

Should success with saw palmetto not be achieved, drug therapy may be required if only to negate the disruptive and detrimental effects of frequent awakenings on successive nights. Resection of the prostate, the TURP procedure, should be seen as the last resort.

Prostate cancer is the most common tumour in men, and the second leading cause of cancer-related death next to lung cancer. Prostate cancer will be diagnosed in almost one fifth of U.S. men during their lifetime, yet only 3% of men will be expected to die of the disease. The estimated reduction in life expectancy of men who die of prostate cancer is approximately 9 years. From the conventional perspective, treatment options available for prostate cancer include radical prostatectomy, external-beam radiation therapy, brachytherapy, and surveillance. The tremendous impact of prostate cancer on the North American population, as well as the financial burden of the disease both for patients and society, has led to an increased interest in primary disease prevention, which is the main focus of the forthcoming discussion.

A Word About PSA and Screening

Screening for prostate cancer is not without its controversy. On a population wide statistical basis, screening using rectal exam and PSA blood tests, while accurate with proper interpretation, have not been shown to significantly reduce death or illness rates. For a given individual, perhaps with a family history of the disease or “wanting to know”, PSA can be valuable, especially when successive annual tests are tracked for increases. I do not feel it is unreasonable to test men over 50 annually, and interpret results carefully.

From a prevention perspective, the identification of environmental and nutrition factors is useful. Causative factors are: cadmium toxicity; deficiency of plant foods rich in carotenes and isoflavones; and selenium deficiency.

Studies have shown an association between prostate cancer and cadmium exposure, for which sources include tobacco, batteries, smelt factories and car exhaust. Cancer Research journal in Jan 2001 published a study showing malignant transformation of prostate cells induced by cadmium exposure. I have evidenced elevated cadmium through hair elements testing performed on prostate cancer patients in my office. The growth of prostate cancer from cadmium can be inhibited by selenium, a mineral antioxidant that assists the problem of heavy metal toxicity in general.

Increased dietary intake of fruits and vegetables has been associated with a reduced risk of prostate cancer in some studies. One study evaluated 1619 prostate cancer cases and 1618 controls in a multicenter, multi-ethnic population. The study found that intake of legumes, yellow-orange, and cruciferous vegetables was associated with a lower risk of prostate cancer. Lycopene, an antioxidant carotenoid in tomatoes, is prostate-protective. In 1995, an analysis of the Physicians’ Health Study found a one-third reduction in prostate cancer risk in the group of men with the highest consumption of tomato products compared to the group with the lowest level of consumption, which they attributed to the lycopene content of these vegetables.

Isoflavonoid (plant estrogen) levels in blood samples were compared in Japanese and Finnish men. Levels were 7-110 times higher in the Japanese men. Since isoflavones, which are found in soya products, inhibit the growth of several types of hormone-dependent cancer cells, the authors conclude that a life-long high intake of soya products may explain why prostate cancer is rare in Japanese men. (Lancet 342:1209-10, 1993). Interestingly, while native Japanese have the lowest risk of clinical prostate cancer, first generation Japanese-Americans have an intermediate risk, and subsequent generations have a risk comparable to the U.S. population – as they take on the environmental triggers and detrimental nutrition factors of American society.

Studies have shown that those with the highest tissue level of selenium have the lowest prostate cancer risk. Recommended dose for prevention is 200mcg per day. Vitamin E, at 400 Iu per day, reduces prostate cancer mortality by 40 %. The use of these agents for health benefits and disease prevention is known as chemoprevention.

From the perspective of male health, prevention of prostate-related illness would provide relief from one of North American society’s major medical burdens. Key points are: